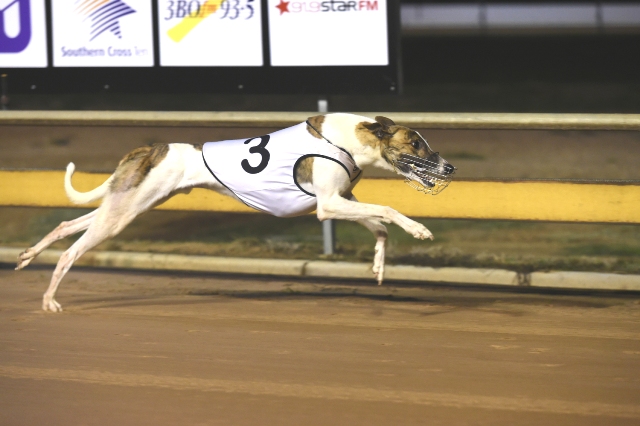 The Meadows Preview: Will Fernando Succumb to a Spell?


Young star sprinters and super class stayers highlight one of the best race meetings of the year at The Meadows this Saturday night.

With four semi finals of the Group 1 Maturity and two heats of the Destini Fireball stayers, we appear set to see a memorable night of racing. Not to mention Fernando Bale who aims for a staggering seventeen straight on Saturday in semi four of the Group 1 three week series.

The racing begins at 7.17pm but I intend on waiting till race four to open our pockets and spend some hard earned cash. Lady Toy has been flying over the longer trips over the past six months and I think she appears to continue her run of good form form the rails draw. Her last two wins in the heat (Replay) and final (Replay) of the ‘McKenna Memorial’ have been outstanding and with those runs as a freshen up she’ll be supremely hard to catch back to the 725.

Despite drawing poorly, I’ll be keeping a close eye on What’s Chewing, who may just be a smokey chance to win the series given he handles the awkward draw in race seven. His last start 29.75 win (Replay) puts him in good stead and with his natural strength he will be playing a major role if he’s within touch down the back.

A great night of quality racing isn’t always easy to profit on as a punter. I think Fernando Bale (pictured) will need to bring his ‘A’ game early if he wants to continue his incredible run of wins to seventeen. If he happens to make a similar mistake as he did early in his heat, I fear this star of the game could see his first loss in seventeen races at the hands of Secret Spell.

Later on in the program I’m keen on Recruitment, who has drawn brilliantly in race ten. The crashing railers should punch up into the early lead and he could be repeating his P.B win here set in May (Replay). I think he is a stronger and better dog now and given a clear run initially should be winning.

With so many big names throughout the including Pop The Cork, Dyna Double One and Dzeko just to name a few we look set to view a sensational night of racing.