Champion chaser Fernando Bale survived an early race scare before powering to his 16th consecutive victory in a heat of the  $145,000 Group 1 Hudson Pacific Maturity Classic at The Meadows on Saturday night.

The son of Kelsos Fusileer and Chloe Allen showed why he is rated as one of the best greyhounds of his generation, chasing hard into the first corner despite being in caught in traffic after a tardy getaway. Once he found the front, the white and brindle chaser strode away to a four length win in 30.00 – around seven and a half lengths outside his PB of 29.55, set in March this year.

Trained by Andrea Dailly, Fernando Bale will once again have to overcome a poor box draw in next week’s semi, drawing box six in the final decider. Victory in this year’s Maturity Classic would culminate in his fifth Group 1 victory in 2015.

Kennelmate Dyna Double One set the time standard on heat night, amazingly breaking the 29.60 barrier at The Meadows for the fifth time in his career with a brilliant six and a half length, 29.56 gallop. Despite sitting behind Amaro Bale  early, the son of Barcia Bale and Crystin Bale quickly took control down the back straight to record an outstanding victory. The black chaser will start from box seven in next week’s first semi final.

Boom QLD chaser Pop The Cork was ultra impressive in his first start in Victoria, jumping cleanly before powering away to a brilliant nine length heat win in 29.66. The son of Brett Lee and Ima Geisha Girl used box eight perfectly, backing up his outstanding Albion Park form where he has gone within .01 of the track record. Trained by Peter Ruetschi, Pop The Cork will again exit box eight in next week’s semi final.

The winners and runner’s up from next week’s semi finals will progress to July 25′s $100,000-to-the-winner final.

View the box draws for next week’s semi finals.

Other heat winners on the night included:

Fernando Bale (box four) makes it 16 wins on the trot Dyna Double One romps away to score in 29.56
< Previous
Next > 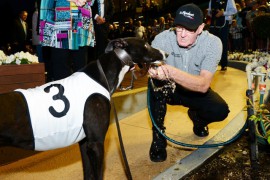 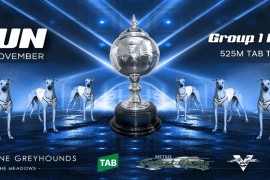 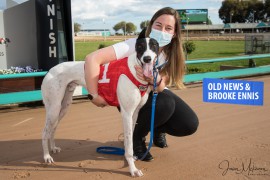 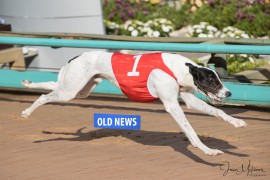