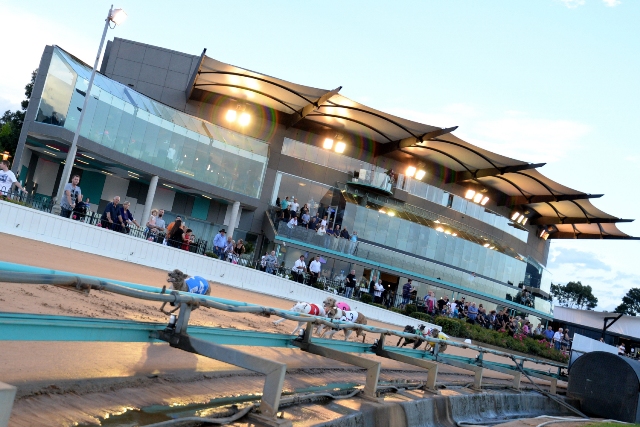 
Racing is set to head back to The Meadows on Saturday night for the twelve race program as per the norm. The metropolitan racing begins at 7.16pm and concludes at 10.58pm so there’s once place to spend your Saturday night and that’s at The Meadows having a punt on the hounds!

We once again open our pockets for Shanlyn Lucy who in my opinion appears a really good place bet at worst the 725m handicap to kickstart the night. Drawn off the second row of the grid, the daughter of Radley Bale possesses a devastating run home and she only needs a clear run early to be in the firing line at the finish. Dependant on where Sweet It Is will be, I expect Shanlyn Lucy to be a genuine each way bet in the first on the card.

The highly promising Champion Exhibit looks to make it two from two I’m the maiden final drawn awkwardly in box four in the second of the night. Despite the tricky draw he’ll only need to produce a run similar to his super impressive 30.18 heat win (Replay) to come out on top here. Based on his debut win I’d be keeping a very close eye on this chaser as he could progress into a very, very good dog, possibly group class.

With some strong racing throughout the evening I’ve next set the spotlight on another highly promising youngster in the fifth race. Edge Of Eden produced a flying 29.24 win at Sandown two runs ago and his heat run was superb after missing the first bend running wide, yet he still managed to regain momentum and finish second after grabbing the lead upon turning for home (Replay). His turn of foot heading down the back was sensational last outing and I have no doubt he’ll take a power of beating on Saturday in the $12,000 to the winner grade 5 final.

We then move toward the end of the night where I’m keen on the chances of another promising youngster in Ernest Bale, who goes around in the eleventh of the night drawn box two. He has been weaving his way through fields impressively lately and drawn along side some good early speed, he may just get a nice cart into the race initially which could result in a nice priced winner for the punters. Placed third two starts ago from box two after no luck early (Replay), the Steven Collins-trained chaser should be steaming into the action in the last part of the race.

Hopefully I’ve steered you into a few winners for a good night of racing in which we see Australia’s highest prize money earner Sweet It Is go around. It’s good luck and happy punting!
.
The Meadows Formguide: Click Here