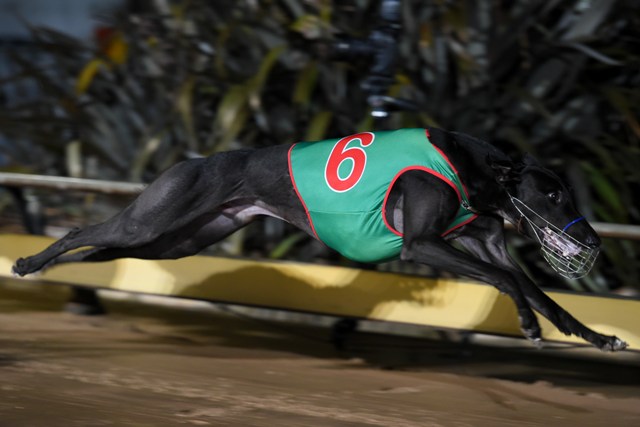 
Nunya Tron will make his metropolitan debut tonight in his first run since stunning the greyhound world 24 days ago when winning the Group 2 Warrnambool Classic at odds of $56.70. And James Van de Maat says he can win again…
.
.
Once again we’re back to The Meadows this Saturday night for a 12 race metro card of greyhound racing. With the first kicking off at 7.18pm, the punting begins at 8.17pm with Lakerville in the fourth. The Jason Thompson prepared runner has been mixing it in much stronger class of late and with the class drop should be winning. His last start fifth at Sandown Park was much better then it numerical looked and after being held up off the back straight I thought his run was outstanding to only be beaten for 2.5L. (Replay)

The recent Warrnambool Classic winner Nunya Tron comes back to the race track after winning $75,000 prize money last outing, plus the GOBIS bonus (Replay). Drawn well near the inside, he possesses a terrific turn of mid race pace and drawn along side of Zoe will help as she is an quick beginner which should help cart Nunya Tron into the race early.

On what looks a tricky night for punters, Rumero Reason lines up in tenth as one of the most in form chasers going around on Saturday night. After a super strong second placing in last week’s Grade 5 final (Replay), he only needs a shade of luck in the early part of the race to see him going very close to winning.

We arrive at the last on the card and Hercules Bale lines up from the three alley. After two very unlucky runs of late, the Steven Collins prepared chaser drops back in class and could be ready to strike. Last week he found himself outpaced and posted beyond five wide at the first bend, so given he gets a clearer run closer to the rail, he should go close. (Replay)

The last takes off at 11.02pm so good luck at happy punting!
.
.
The Meadows Formguide: Click Here
.