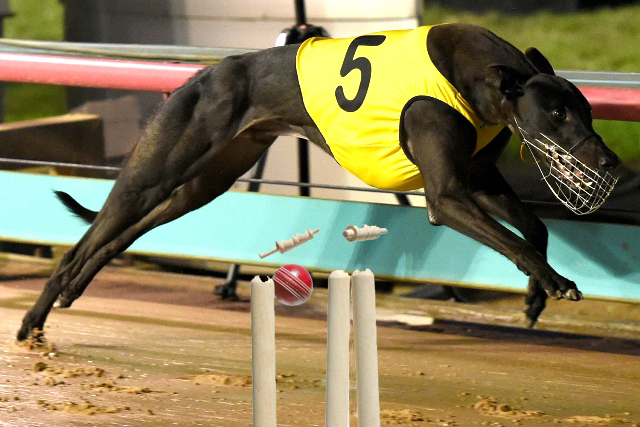 Pace on the Menu


With the greyhound racing spotlight set on Sandown Park during the early part of May, The Meadows have still managed to round up a superb night of racing this Saturday night with the first on the 12 race card set to begin at 7.18pm.

Racing without any luck since going to Queensland for heats of the Derby, Express Pace lines up in a much more suitable event. Drawn out in box 7, the Darren Pattinson prepared chaser needs to jump quickly and have an clear run to the first corner in order to show his class. His last start fourth here was gutsy to say the least (Replay) and despite appearing much better drawn on the fence, I think he can still prove too classy against these rivals on Saturday night.

Race 8 on the card caters for the free for all sprinters and a terrific field has been assembled for what looks a tricky race indeed. The track record holder Allen Deed returns from a break and there will be plenty of eyes seeing how this chaser resumes. At his best there’s no doubt he will be winning but the likes of Marcus Joe and Waymore’s Blues may have something to say about that.

The lucky last takes off at 11.02 and the pacy Eroll Bale looks a genuine chance to make a repeat of his last start 30.19 win at the venue (Replay). With the smart but natural slow beginner Lakerville drawn his inside, I’m expecting Eroll Bale to fly into the early lead and keep going to win and send us punters home on the right foot!

With 7 Grade 5 heats, there’s no doubt we will witness some highly competitive racing paving the way for next Thursday nights bumper card at Sandown Park, Good luck, giddy up and happy punting!!!
.
.
The Meadows Formguide: Click Here
.