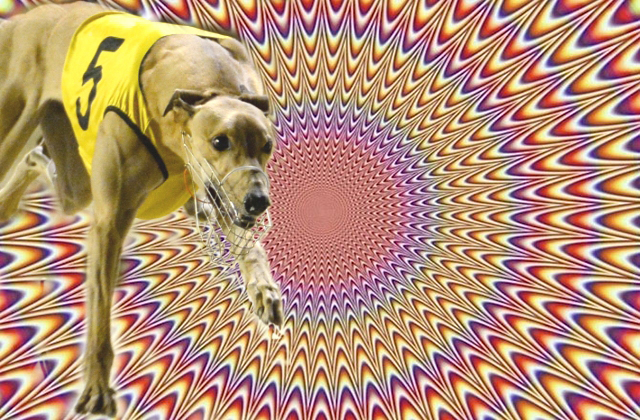 Magic is an Illusion


The first of 12 at The Meadows this Saturday night kicks off with a maiden final at 7.18pm.

Gin Bale reeled off terrific finishing sections in a strongly dominant eight length heat win in 30.22 (Replay). The run to the first corner is no doubt the risk but given a clear run early the son of the in form sire Kelsos Fusileer should be powering home to a nice win.

After showing good early speed in his city debut, It’s An Illusion meets with the suitable inside alley once again and with what looks a substantial class drop should see him proving hard to beat in the third of the night. With smart sections in his last run (Replay), the Joe Borg prepared youngster should lead for a long way as the box draw see’s no great pace drawn on his immediate outside.

After a smashing 30.62 win at Ballarat last week over the 545m, Kiltah Magic (pictured) looks set to continue her good run of form after a confidence boosting win last outing (Replay). Drawn well in a race with no early pace, the daughter should run as a short priced favourite and may best be played in Trifectas and First fours with Humming Birdhill who I expect to run a solid race.

Love Affair lines up in Race 6 in what looks a huge class drop. After winning here two runs ago and then being cut out and held up at a vital stage but yet still winding up in the placings here last run, (Replay) the Andrea Dailly prepared stayer should be motoring home to victory. She’s a member of a terrific litter that have all raced with wins over the staying trips.

With plenty of youngsters looking to make their mark on metropolitan racing, the night is set for some keen and competitive racing with the last due at 10.59pm.