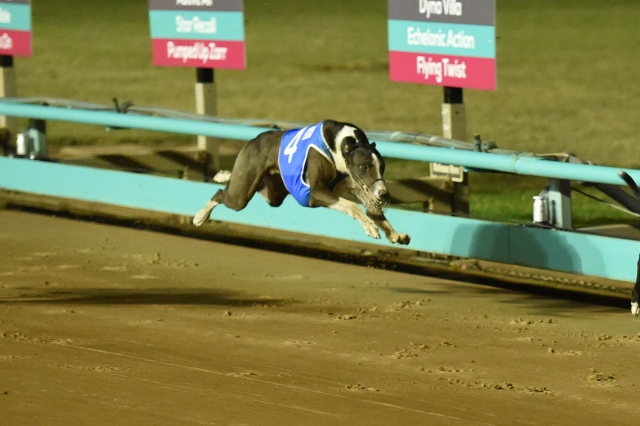 Nihilist to Make his Existence Felt


Once again we head to The Meadows for greyhound racing this Saturday night. After starting the night last week ‘Bending it like Beks’ with the top tip saluting at the $6, we are expecting another good night on the punt.

The first of 12 gets underway at 7.14pm with the night beginning with a tricky maiden final. Following the youngsters clashing in the first, we see a highly promising fast beginner go around in the second.

The recent Sandown Park placegetter Bowl ‘Em Out (7) looks to have sensational early pace as seen in his last start third behind Angie Rocks. Running 4.95 and 18.56 down the back at Sandown last outing, I think this smart sprinter can dominate from the get go.

Boxhead (4) lines up in the third on the program and I’m very keen on his chances. After a luckless performance last outing when he was looking to accelerate and find the fence early, I expect the Jeff Britton prepared youngster to make a quick return to form this week. The awkward draw I don’t see as being too big of drama as the speed drawn to his inside should assist in giving him a cart across and hopefully into the early lead.

We then move over to Race 7 on the card in which I like the small each way chances of Dyna Nihilist (6), pictured above. The son of Cosmic Chief made his 600m debut and despite finding a stack of bother, he wound up an encouraging fourth. The natural wide running He Isn’t Really (7) drawn his outside will hope see Dyna Nihilist getting the clear run he requires early. With some top placings to Luca Neveelk and Recruitment lately, he only needs a shade of luck to be ultra competitive
.

Watch: Dyna Nihilist (2) comes from last to run fourth at The Meadows last start.
.
The Meadows winds down with the last race at 10.57pm and if you’re looking for a get out, here he is. Dark Jameson (2) has been running through the line and from the more suitable inside draw he should be right up with the leaders early and most importantly, at the finish.

He showed a keen tendency to find the fence at his last start and from the near rails alley I think he is almost the best each way bet for the night.