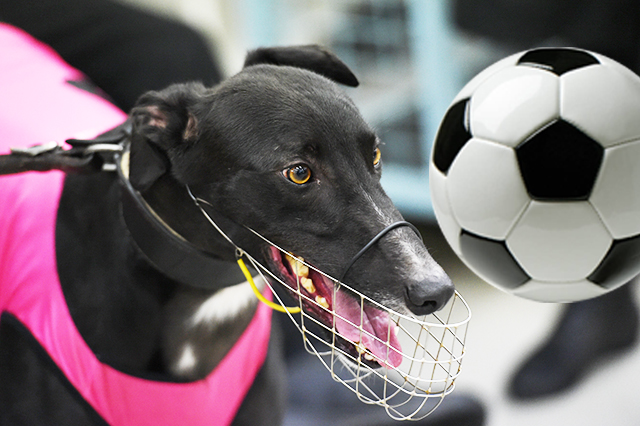 
Saturday night under lights racing at The Meadows this week kicks off with a very interesting handicapped race for the stayers. The recent Group 1 Superstayers winner Luna Jinx (1) lines up from the inside draw giving Mepunga Tiara (2) a one metre advantage and the rest a two metre head start.

I think Beks (3), pictured above, comes in perfectly with the handicapping and box draw here. In his last start luckless fifth he was knocked over in the early part and practically put out of play.

From the good box draw at his fourth run back I think the Pat Bouchier prepared stayer will be charging back in to the winners list at a good price making him my best for the night.

In the second of the night we see the inexperienced look for metropolitan success in the maiden final. I thought of the heat runs last Wednesday that Ella’s Cruising (4) performed quite well. With the awkward draw on Saturday night the youngster will be needing a little room and a shade of luck early but as seen in her second placing in the heat she will surely to be finishing nicely.
.

Watch: Ella’s Cruising (8) runs second in her heat but is a good chance to make amends tonight.

With strong racing throughout the night I decided to turn the spotlight to Race 7 number two Dyna Nihilist. As seen throughout his form from the past few months, he has been crying out for more distance and gets that contesting the 600m journey at The Meadows for the first time.  Drawn suitably, I think Dyna Nihlist is bound to be driving through on the rails into a prominent position mid race. The in form Dyna Glinda (5) poses as the main danger.

Back down in class, Spring Leaf lines up in race ten. She’s back to career best form of late boasting a fast win at Wentworth Park over Weblec Belle in 29.50, followed by some top runs behind Hostile and most recently My Bro Fabio. The speed maps for her assignment on Saturday night having her sitting just behind the hot tempo expected to be set by Ronray Spirit. If Spring Leaf (3) can lob right behind the pace in second or third early her natural class will carry her to victory.
.

Watch: Spring Leaf (6) was run down by the brilliant My Bro Fabio (8) at Sandown last start but she faces a drop in class tonight.
.

In the last couple of races at The Meadows I’ll be having a keen eye on a smart youngster for Darren Murray called Gravitation. Drawn poorly he may be a prospect to follow over the next couple of months.

For the punters looking for the get out, I think Dawkins Bale (2) in the last is the way to go. Boxed perfectly down near the rail, the son of Turanza Bale should be extremely hard to beat. With a railer inside and a straight runner on his direct outside, box two appears perfect for him. On his last start second to Lady Ronray and prior to that a fourth to Emrys, the drop in class should see Dawko salute.