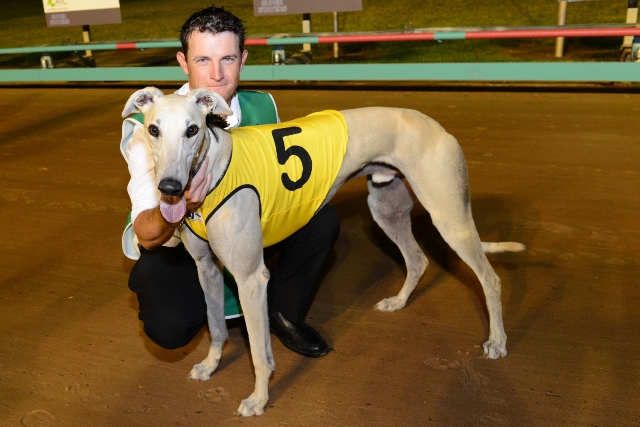 
WA sprinter Quartz Bale was simply outstanding at The Meadows on Saturday night, running the fastest time (29.602sec) among the eight heat winners.

The only non-Victorian greyhound in the race, Quartz Bale is drawn in box 3 in the final, and he is second favourite in betting at $3.50 behind Lamia Bale at $3.00.

“He’s a little bit like Dyna Nalin in that he’s not real quick early but he so often finds a way to win,” Stuart said.

“He showed in his heat what he can do when he gets a clear run, and his time didn’t surprise me because the track was pretty fast at that point of the night (before rain set in) and he has a track record to his name at Mandurah (405m) so I know how fast he is.”

With just 18 starts in his career (11 wins) Quartz Bale, who is a whopping 38 kilograms, looks like establishing himself as one of the country’s premier greyhounds over the next 12 months.

Incidentally, he is one of three Australian Cup finalists bred by leading NSW breeder Paul Wheeler, along with Lamia Bale and Samus Allen.