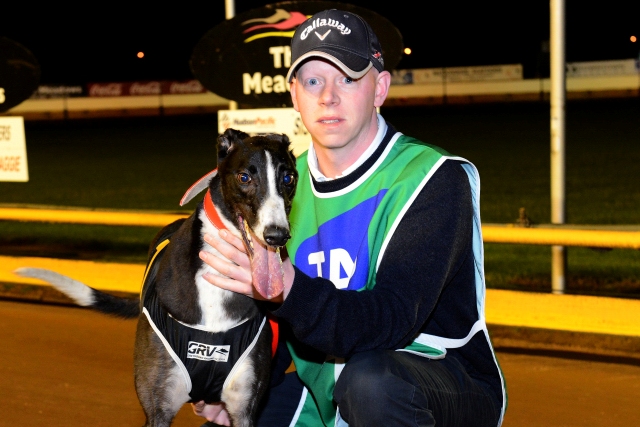 
Irish greyhound Droopys Bentley was sent to Australia to win a big race and they don’t get much bigger than the Group 1 Australian Cup, heats of which will be run on Saturday night at The Meadows.

Only a win will secure him a place in next Saturday’s $250,000 to-the-winner final, and judging by his last start 2nd to the brilliant Dyna Double One in a Perth Cup Consolation race, trainer Thomas O’Donovan believes he can make his mark in the series.

“Dyna Double One ran the fastest time of the night (30.20sec) on Perth Cup night at Cannington three weeks ago and Droopys Bentley finished within two lengths of him, so that gives you an idea of his ability,” said O’Donovan, pictured above with Droopys Bentley.
.

CLICK HERE to watch Droopys Bentley and Dyna Double One battle it out in a Perth Cup Consolation race on Feb 7.

.
“He (Droopy’s Bentley) is a bit slow to get going in the first five steps of his races, but after that he really takes off and his speed in the middle part of his races is as quick as any greyhound in Australia.”

O’Donovan, 32, trained greyhounds in his home country (Ireland) before moving to Victoria three years ago with the intention of importing greyhounds to train over here.

He has five greyhounds currently racing from his property in Devon Meadows, however Droopys Bentley is the only Irish-bred chaser in his team as quarantine laws were tightened shortly after his move with greyhounds now having to spend an extended period (seven months) in quarantine.

“He is part of a very good litter that broke-in really well, and he was the quickest of them and the pup identified that would be best suited to racing in Australia because of his pace and his strength.”

“One of his brothers, Droopys Ward, was beaten by just half a length in the English Derby, so he has turned out to be a very good dog and I think Droopys Bentley is also capable making a name for himself at the top level.”

“I have freshened him up since his last run in Perth three weeks ago so he will be ready to go. There’ll be no excuses tonight,” he said.

With 15 starts for six wins and six minor placings so far, Droopys Bentley is entering the prime of his career.

He has an excellent personal best time at The Meadows of 29.75sec over the 525m, which is the distance he’ll be competing over on Saturday, and if he can run that quick again he’ll be almost impossible to beat. He is drawn in Box 7 in Race 11 at 10:35pm. 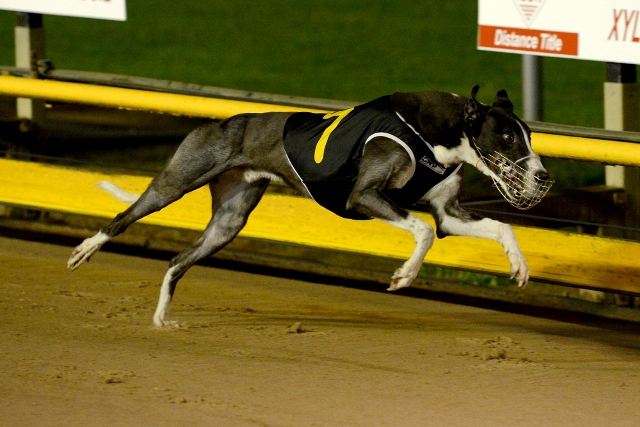 Droopys Bentley winning his second start ever at The Meadows in 30.06sec. Pic Clint Anderson.