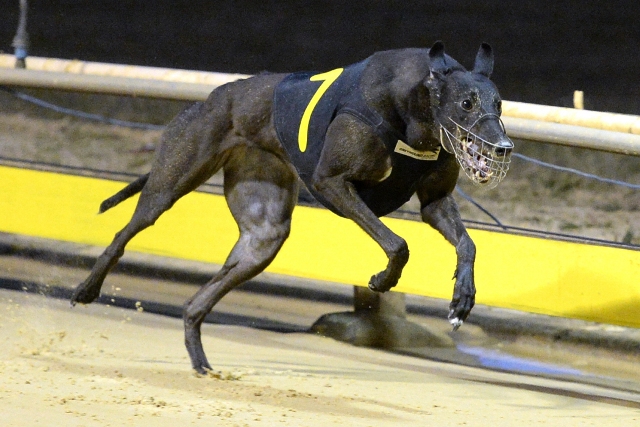 ‘Space Star not Galaxies Ahead’: Psaila


With two group race wins from his past three starts, Space Star (Robert Britton) is in rare form ahead of Saturday night’s $108,000 Group 1 Zoom Top (725m) at The Meadows.

However, Jim Psaila is adamant that the $1.65 favourite can be beaten.

Psaila’s partner Norma Gost is the owner and former trainer of second favourite Lady Toy ($4.20), who is in exceptional form having won four and placed twice in her past six starts including a last start 2nd to Space Star in the Group 1 Galaxy in Perth (beaten 1.25 lengths).

“Space Star is an exceptionally fast dog but there are a number of very good greyhounds in the Zoom Top and I think he should be a $2.50 chance at the very least.”

“I think Lady Toy (now trained by Brooke Ennis) deserves to be second favourite, but a greyhound like Flying Twist ($9.50) is capable of leading all the way and must come into calculations,” Psaila said.

Psaila said he’d be a lot more confident about Lady Toy’s chances if the race was at Sandown Park as she “loves racing there”, but he said it would be he and Norma’s biggest win in their 35 years in the sport if she can claim victory.

“The best win we’ve had in all of our years in the sport was the (Group 2) Horsham Cup with Our Toyman, but being a Group 1, winning the Zoom Top would be even more special.”

“The prestige and the prize money is one thing, but the main reason I’d be so happy if Lady Toy can win is for Our Toyman, who is her sire.”

“I’ve never advertised him commercially and I’ve never charged anyone to use him, but I’d be rapt if he could produce a Group 1 winner from the limited number (six) of litters he has produced,” the Little River breeder/trainer said.

The Zoom Top is one of three Group 1 invitationals to be run at The Meadows on Saturday night to kick off the 2015 Australian Cup Carnival. 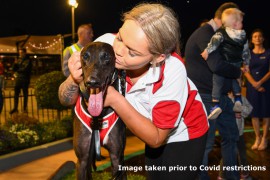