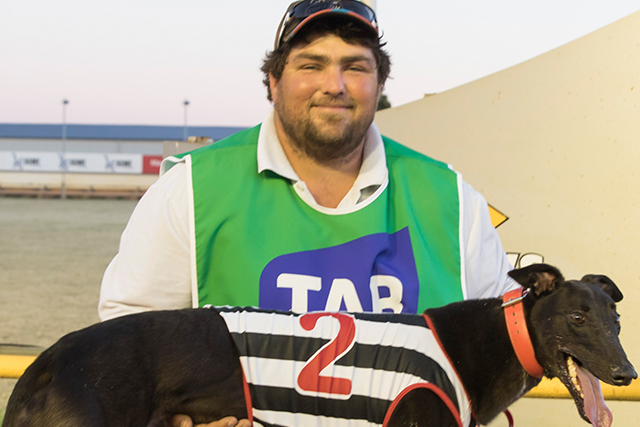 
Dyna Villa will look to emulate the feats of his great grandfather Light Of Fire by completing the rare Melbourne Cup/Silver Chief double if successful in next Saturday’s $145,000 final.

The son of Collision and Roxio Bale has come up with the coveted draw of box one in the AJS Corporation Silver Chief Classic after his brilliant 29.74 (5.10, 17.61) semi final win. Victory on Saturday would push his prizemoney to a tick under $600,000, but he faces a field choc-full of talent.

His main danger looks to be the unbeaten potential superstar Dyna Double One, who ran an incredible 29.52 to win his semi final by 11 lengths. The son of Barcia Bale and Crystin Bale has won all of his four career starts and, amazingly, has the second and third fastest times ever over the 525 metres at The Meadows.

His semi final victory was just .07 outside Heston Bale’s track record, with the black chaser drawing well in box three for the final after handling awkward draws in both his heat and semi.

Hobart Thousand winner Above All will start from box five in another Group 1 final after his brilliant 29.76 victory in the last of the semi finals. The son of Magic Sprite and Kara Janx powered home after a tardy getaway to run a new PB at the track. Trained by Robert Britton, Above All has won both of his races when exiting box five, including his victory in Hobart and in a heat of the Melbourne Cup.

5. Above All – Robert Britton

What’s on for Silver Chief night?