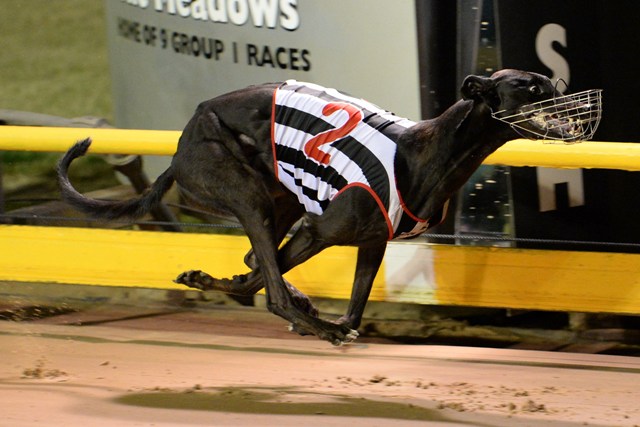 
Group 1 heroes Dyna Villa and Above All have both drawn favourably in their respective AJS Corporation Silver Chief semi finals on Saturday night.

The classy duo have already clashed in the Melbourne Cup and Hobart Thousand, and will both exit box two in their attempt to qualify for the $145,000 Group 1 final on January 3.

Dyna Villa showed no signs of fatigue after running third in the Hobart Thousand last Thursday, leading from go to whoa to take out a heat in a sizzling 29.67 (splits of 5.07 and 17.56). The son of Collision and Roxio Bale looks incredibly hard to beat in the third of the semi finals.

Above All – fresh of his track record-breaking win in the Hobart Thousand – could only manage a runner’s up position in his heat on Saturday, finishing just a quarter of a length behind Astromatic in 30.08.

The son of Magic Sprite and Kara Janx also looks the one to beat in the last of the semi finals next week, but will have to take on the likes of young stars Dawkins Bale, Weston East and Midnight Flynn, a greyhound who won on debut at The Meadows in a fast 29.83.

The most impressive run of the night came from unbeaten young star Dyna Double One, who stopped the clock at an incredible 29.55 at only his third race start. That time is the second fastest run over the 525 metre journey at The Meadows, and just .10 outside Heston Bale’s track record, also achieved during a Silver Chief series.

The son of Barcia Bale and Crystin Bale has drawn awkwardly in box five in Saturday’s semi finals, and will take on speedster Astromatic and the well-drawn Walt Bale (box two).

West Australian raider Tureaud also lit up The Meadows last night, blitzing his rivals in a brilliant 29.72 debut win at the track. Trained by Paul Stuart, the black chaser is a son of Kinloch Brae and Starlight Delly, who is a full sister to Stuart’s former champ Miata.

First and second placegetters from Saturday’s four semi finals will progress to the Silver Chief final on January 3, worth $100,000 to the winner.

Dyna Double One runs 29.55 – the second fastest time ever at The Meadows over the 525m.