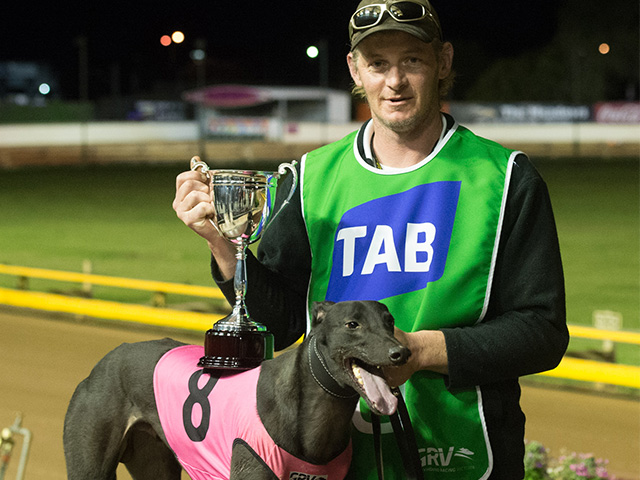 Starting at the juicy odds of $15, the son of Bekim Bale and Eye The Tiger ran down champion chaser Xylia Allen (3rd) and held off a late challenge from Sweet It Is (2nd) to score by three quarters off a length in 42.76.

It was Shot To Bits’ sixth win from his last seven starts, which has included a track record effort at Bendigo over 660 metres in 37.36.

Trained by Corio’s Paul Ryder, the black chaser improved his record to 10 wins from just 19 starts, already boasting over $70,000 in prizemoney.

The Group racing continues at The Meadows next month with the running of the Group 1 TOPGUN on October 25.